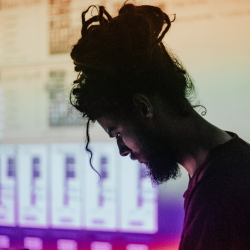 Calum Vaughan
Calum’s first instrument was the acoustic guitar, and with that came a deep love and passion for all strings instruments. This passion led him to learn the violin, cello, piano, and brass instruments. You might say Calum is a jack of all music trades and knows quite a bit about the entire picture. He loves sharing that knowledge with you, our readers!

Musicians, whether they are trumpeters or percussionists, use their instruments as a means of expressing themselves. From the oscillations of a string to the dynamic human body, many factors make musical pieces stand out.

Many great musicians will be remembered centuries after their deaths due to mastering their instrument, but the cello has a pretty mind-blowing portfolio of alumni. Some of the greatest musicians who have ever lived have been cello players, and I figured it was about time to show my appreciation for them.

The cello has been my instrument of choice for the best part of my life, and I honestly don’t know if I’d still be playing if it weren’t for the inspiration that my cello heroes have provided me. I’ve decided to break down a list of my favorite famous cello players. Join me, you’ll have to read on if you want to know whether I’ve listed your favorite! I felt like it would be unfair not to begin with Andrea Amati. You might be thinking, “I’ve never heard of his music,” and that would be understandable – he died almost 500 years ago in 1577. However, Amati was not making that much music for the cello, but he was instead inventing it.

One of the most famous instruments that Amati created was the “King” cello, a diplomatic gift made for royalty that was covered in intricate engravings and decorations. Believe it or not, this cello is still in existence and is currently on show at the National Music Museum in South Dakota.

So, next time you pick up your cello, always think back to Amati. Without him attempting to invent new things, the world of today would be so much less vibrant. You may not have heard of Pablo Casals, but ask just about any senior in the cello community, and it will be difficult to find someone who has never heard of him. Casals was a cellist and composer from Catalonia and Puerto Rica, born in 1876.

This guy was seriously respected in his field, working with violinist Fritz Kreisler on several occasions and performing for the likes of Theodore Roosevelt and John F. Kennedy! President John F. Kennedy enjoyed the music of Casals so much that he awarded him the Presidential Medal of Freedom in 1963, solidifying his status as a staple of the cello landscape.

So, what was so good about Casals? It was generally considered at the time that the cellist’s critical acclaim all came down to a combination of experimental and virtuosic techniques, excellent musical interpretation skills, and overall musicianship and contribution.

He wrote a lot of music over his career, but it’s undeniable that Casals was most famous for his interpretations of the Bach Cello Suite. Do yourself a favor and search for Pablo Casals’ Bach Cello Solo No. 1 online. You’ll recognize the recording instantly. Truly a beautiful rendition of some iconic works.

Next on the list would have to be Pierre Fournier, a French cellist who I am particularly fond of. Virtuosity, interpretation, and skill are three of the essential parts of playing any classical instrument, and Fournier was known for doing exactly that.

Fournier’s playing style was so sensitive and mastered in fact, that the cellist had several nicknames, with people often referring to him as the “future cellist” or the “aristocrat of cellist”. These names were the result of his impeccable skill and style, a level of detail in play that was not being matched by other cellists of the time.

The Frenchman was a child prodigy and played virtuosically throughout his adolescence despite a mild case of polio. However, he began to reach levels of fame around the age of 19, after performing in Paris with the Edouard Colonne Orchestra. This gave him the momentum to continue providing his music to different concert halls across Europe, even recording chamber music for the BBC.

Sadly, this was in the days before digital computers and chamber music was recorded onto tape. With no backup, the recording sadly deteriorated on tape over the years and cannot be heard to this day.

However, there are still many other Pierre Fournier recordings to be heard online. As many cellists are, he was also famous for his virtuosic performances of the Bach Cello Suites, but I’m particularly fond of his interpretations of Debussy music.

My favorite example is his performance of Beau Soir in collaboration with Ernest Lush on the piano. It’s truly stunning how both the musicians play in such a symbiotic manner. Many musicians have lengthy careers across many decades, whilst others are sadly short-lived. A prime example of this is Jacqueline du Pré, a British cellist that achieved huge levels of success from the age of 16.

Du Pré played a wide range of concert halls across the world including The Proms and Carnegie Hall, performing with orchestras such as the BBC Symphony Orchestra and the prestigious Schumann Cello Concerto.

She was widely considered to be one of the best cellists of the time and gave inspiration to countless aspiring female cellists. However, du Pré’s career was sadly cut short. After just 12 years of performing professionally, the cellist was forced to retire due to a diagnosis of multiple sclerosis, dying just 14 years later.

It’s a tragic story, and I often wonder about the beautiful compositions and recordings du Pré could have created if she had been given more time. However, it remains an incredible feat that a musician could reach such prestigious status despite retiring as a young adult. You’ve probably noticed by now that cellists generally become famous for having perfected the instrument and perform with excellent interpretability and dynamics. This will always be the case to a certain extent, but it’s fairly conservative. Great cellists of the past have always focused on conserving the qualities of classical music, with not much room for improvisation.

This tradition remains in present-day classical music, but the experimental contemporary music of the ’50s and ’60s showed people that there were other ways to explore your instrument. One such famous cellist who went outside the box to explore his cello is Yo-Yo Ma.

Yo-Yo Ma is an American cellist that was born in 1955, representing a prime example of a modern-day cellist. Like others, Ma presented himself as a child prodigy, performing from the age of four years old! He toured many concert halls with many orchestras over his early career, in addition to performing his instrument solo at times.

It is these solo performances that have made Yo-Yo Ma stand out as a contemporary cellist. Whilst he has received many Grammy Awards and other achievements for his performances of traditional classical music, Ma is arguably famous for stepping outside of classical conservatism and exploring different genres.

His explorations blew my mind when I first heard about him – he has experimented with bluegrass and folk music, Chinese traditional music, Argentinian tango, and even a Latin-pop collaboration with Carlos Santana.

I love all of the cellists on this list, but I can relate to Yo-Yo Ma. His passion for going beyond the conventions of classical music and applying his discipline to new musical explorations is truly admirable.

Before I even began to study cello music, I was already familiar with this final cellist, Mstislav Rostropovich. This Russian man represents another modern example of cellists, being born in 1927, yet his career lies within what many would consider distant history.

I was interested in Soviet history as a young student, and I learned that the Soviet Union had its very own in-house violist, Rostropovich. He was widely considered to be the greatest cellist of his time, but this wasn’t simply due to his performances within the Soviet Union. The cellist was very prestigious, particularly when it came to inspiring other cellists.

One of the ways that Rostropovich inspired others was by commissioning new works. This provided other cellists with the opportunity to work under Rostropovich’s expert guidance, whilst allowing them to find new musical connections.

Ultimately, Rostropovich was not only considered to be the greatest cellist at the time, but he was also the most social and collaborative. He regularly rubbed shoulders with famous cellists and used this to contribute and inspire the cello community.

I think that inspiring and contributing socially to a musical community is just as important as perfecting the skill itself. After all, where would music be today without innovation?

We’ve covered a wide range of famous cellists, ranging from the 16th-century creator of the instrument Andrea Amati to more recent and contemporary cello stars. I’ve decided to put together a FAQ to round things off, answering some of the most common questions I heard regarding famous cellists.

Question: Who is the Best and most Famous Cello Player Alive?

Answer: Fame and skill are subjective, and some people may disagree, but I and many others believe that Yo-Yo Ma is the best and most prestigious cellist alive today.

Question: What was Mstislav Rostropovich Famous For?

Answer: While his most notable achievement would no doubt be performing as an in-house cellist for the Soviet Union, Rostropovich is arguably more famous for his contributions towards inspiring collaboration amongst cellists.

Question: How Old was Yo-Yo Ma when he began playing the cello?

Answer: This may blow your mind, but Yo-Yo Ma showed signs of becoming a virtuosic cellist from the young age of just four years old!

Question: Who is the Most Famous Female Cellist?

Answer: There has been an enormous number of talented and world-known female cellists across the last few centuries, but Jacqueline du Pré is generally considered to be the best and most famous female cellist.

Thank you for joining me on this exploration of the most famous cello players the world has ever seen. From Andrea Amati’s invention of the instrument to the more recent experimentations of Yo-Yo Ma, we’ve covered just about every era of cello performance.

At the end of the day, it’s always important to remember that fame isn’t as important as how a musician contribution. Many widely famous cellists did not make the cut for my list, but this is simply because I chose cellists based not only on fame and skill but what they achieved.

From Yo-Yo Ma encouraging cellists to explore other genres and styles to Mstislav Rostropovich inspiring a generation of young cellists to collaborate and submit for musical commissions, the cellists on this list all went above and beyond. They not only perfected their technique at conventional cello performance, but they also pushed the envelope and broadened their horizons.

Out of these cellists, I would have to say that my favorite is Yo-Yo Ma. I love the way he isn’t afraid to switch between the humble performances of Chinese traditional music to bluegrass and then back to conservative classical music. He’s incredibly talented for having such an eclectic portfolio, but being confident and brave enough to make these unusual decisions is something to be respected.

If you haven’t heard of any of these cellists, I highly encourage you to check them out. Most of them have recordings available to listen to online (except Andrea Amati, of course), and the music explains their talent more than my words ever could. If you’re a cellist yourself, keep on practicing and perfecting your craft, and who knows – perhaps you could make it onto a revised edition of this list in the future!