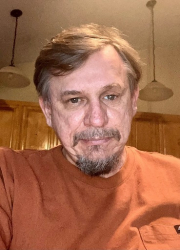 Michael Solonenko
Michael is a Russia born violinist who loves music. He took a decade away from this passion to pursue other interests. However, his love for music and the violin was never far away. He quickly found his way back and is now playing first chair.

How did Violin and Fiddle appear

As frequently happens with questions of origin, you cannot find one point in time when a violin (or fiddle) appeared. The mystery of the violin creation is hidden in Middle Ages. It is intertwined with the history of Europe itself, from England through France to Italy and Germany, reflecting in its maturation the coming of age of the European culture.

Depending on how you look at it, you can trace the violin’s origin to one of the two sources (Janelle R. Finley, “From Bows to Sound-Chests: Tracing the Ancestry of the Violin,” Cedarville University. If you think a bow and bowing is the key, then the violin originates from the 7,000 years old Ravanastron, a unique bowed stringed instrument invented by Shri Lanka’s king Ravana at around 5,000 B.C.

You can also choose the particular sound and shape of the soundbox to define what a violin is. In this case, you can say the violin’s predecessor is an ancient Greek Cythera and lute (Kathleen Schlesinger, The Precursors of the Violin Family: Records, Researches & Studies (London: William Reeves, 1914). I think it might be both.

After some millennia, Ravanastron spread across India and South East Asia, giving rise to Middle Eastern rabab that later morphed into rebec (sometimes called a ‘Byzantine lyra’). The rebec is the first known stringed, bowed instrument to be held under the chin. From the Califate–occupied Spain and, later on, with the loot of the Crusaders, around 9 – 11 C.E., the rebec appeared in Western Europe.

It was a three-string instrument, tuned the same way as the modern violin, to G, D, and A. It was then what a fiddle is now: easy to carry around, played in taverns and during weddings, to accompany dance, and to enjoy the times with a mug of ale or a glass of red wine, held at the shoulder away from the danger of moving feet. 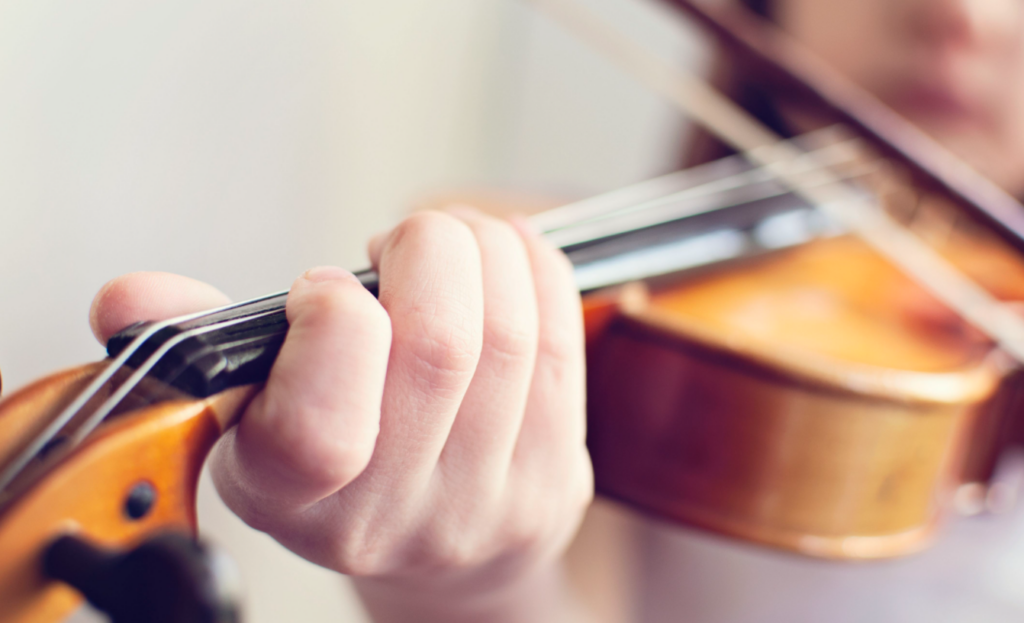 It became so popular among simple folks that the nobility could not but pay attention. As a result, in the late 15th century, rebec was played to the French king Charles VIII on multiple occasions. In the early 16th century, not to be outdone, the Royal Band of the English King Henry VIII boasted a section of three rebecs (Bachmann, A. (2013). An Encyclopedia of the Violin. United States: Dover Publications, p.3).

Instruments named ‘violons,’ likely modified rebecs made at various luthier shops, became prominent during the 1550s’ grand festivities as the King of France Henry II and his consort wife Catherine de’ Medici were entering Rouen (see Finley above). Ten years later, Catherine de’ Medici ordered 38 instruments of various sizes from Andrea Amati: it was the only reputable Italian luthier shop in business after the Greate Plague. This sealed Amati’s reputation as a creator of the modern violin.

Why did she order ‘violons’ but not rebecs? Popular folk rebecs, fiddles of the time, had harsh, higher-pitched, and a bit screechy sound. Probably drawing on well-known-in Europe Cythera and its descendant lute, the Italian luthiers modified rebec’s soundbox.

They made it larger, squarish in shape, with a rounded top and bottom, separating the neck from the soundbox itself. As a result, they came up with a lower-pitched, suitable for voice accompaniment, and easier to play viola-da-gamba (also known as the viol, it looks and plays like a small cello).

So, when an order for the rebec-like instruments came, it was not a big stretch for the masterful Amati to transform viol back to the smaller size of rebec and call it ‘violino.’ A viol had six strings, though, tuned like a guitar. Amati compromised: he went from the three strings of rebec to four, adding to rebec’s G, D, and A the higher-pitched E string (lower pitch requires larger instrument).

Then, he gave rebec the viol-based shape. And the rest is history (for completeness sake, I would note that Amati’s violin design was modified a few times throughout the centuries, and what we know as a modern violin bow was developed by Francois Tourte only at the end of the 17-hundreds).

This way, with some trepidation and awe, I acknowledge that the mother of the modern violin is a fiddle, a folksy fiddle known for centuries as rebec.

Violins became so popular with the nobility and the court that in 1628, the Order of the Civil Lieutenant of Paris forbade violins to be played in any ‘cabaret or other places of ill repute,’ leaving that privilege only to fiddles, a.k.a. rebecs. Indeed, with time, easy to handle and better sounding violins took over regardless, and by the late 18th century, rebecs were all but extinct. As many violin manufacturing shops opened throughout Southern Europe in the 18th and 19th centuries, violins became an affordable mainstay of all fiddlers. The child had outdone the parent.

Differences between Violin and Fiddle looks Today, both violin and a fiddle are almost identical instruments, based on a classical violin design of the 17 – 18 centuries. Yet, the construction of the fiddle may sometimes differ from that of a violin. The brightest example of that is the Hardanger fiddle of Norway It has eight(!) strings and is highly decorated. The second set of four strings is not for playing, but it resonates with your music, improving sound quality and loudness.

The fiddle’s bridge (the thing that supports the strings in the middle of the violin) is frequently flatter than the curved bridge of the violin. That helps to play double stops and makes right-hand transitions from one string to another easier. However, this bridge modification makes playing heavy accents and forte on D and A strings impossible without touching G and E strings.

That, however, is not a big problem for fiddles: they flourish on double stops! The bridge is also frequently lower on fiddle: this allows the use of metal, high tension strings increasing violin ‘brightness’: important for noisy gatherings!

Fiddles are frequently held at the collar bone without touching the chin. Therefore, fiddles usually do not have a chin rest and sometimes are played without a shoulder rest.

A classical violinist hangs on to the violin with their chin because their left hand frequently moves from one position to another: you got to hold the violin somehow when the left-hand moves! Fiddle tunes require only the first position, so fiddlers don’t have that problem and thus frequently do not use chin rests. The core difference between fiddling and violin playing approaches comes from different learning philosophies. Classical violinists learn all technical elements of playing based on a classical violin playing tradition. On the tradition of a particular fiddling style, fiddlers learn to play tunes of that style the best.

Fiddler’s approach is more practical and aimed at one specific goal: play the style (or a few styles) well. Violinists are more versatile, but because of that, they might not be as good playing a particular tune that for a fiddler is a breeze. As a result, fiddlers frequently play stylish folk tunes better than many professional violinists would, but classically trained violinists can play a larger variety of music styles better than fiddlers.

It is generally much easier to learn to play fiddle pleasant to the ear than to play pleasingly in a classical violin style. While, with persistence, one can become good at fiddling some tunes in half a year to a year, it takes two to four years of constant practice to pleasantly play simple melodies in classical style. There are significant differences in demands on what technical elements should a fiddler and a violinist master: Standard classical violin string tuning is (in ascending order) G (third octave), D, A (both fourth octave), and E (fifth octave). However, some composers, such as Paganini, Haydn, Palchebel, wrote for a violin with strings tuned to a different pitch or for different ‘scordatura.’ Sometimes, this pitch differed as much as a whole tone. Paganini, for example, wanted the entire first violin section of the orchestra to tune half a tone higher! If scordatura is exotic for classical violins, for fiddles, it is instead a norm.

The “cross-tuning,” as it is known to fiddlers, is widespread and different styles or even different songs may call for different ways to ‘meddle’ with the pitch of the strings. Some of the standard cross-tunings are AEAE and ADAE. The reason to tune a violin differently? Just practicality! First, double stops with a ‘drone’ open string become much simpler. In addition, re-tuning the fiddle allows easy re-use of previously learned positions of fingers for different songs. Fiddle slow: ‘In the Cluster Blues’

Question: What is the difference between a violin and a fiddle?

Answer: Like musical instruments, violins and fiddles are almost identical. However, fiddling usually refers to playing various folk songs and styles, while classical and modern music call for a classical violin.

Question: Do you play fiddle and violin differently?

Answer: Yes and no. Many technical elements of playing the fiddle and the violin are the same. However, there are exceptional ‘fiddle only’ and ‘violin only’ ways to play. The fiddling styles are very different from the classical music styles as well.

Question: What is harder: to fiddle or to play a classical violin?

Answer: It is hard to do each of them well. However, it takes much more effort to become a passable violin player than a passable fiddler.

Question: Are fiddle and violin the same instruments?

Answer: These days, mostly yes. Many fiddles, however, do have some minor differences with violins: flatter and lower bridges, different tuning, somewhat different strings.

Question: Can you teach yourself to fiddle?

Answer: If you put enough time into it, you can learn some more straightforward essential tunes by watching Internet fiddle lessons and using a simple violin set. It is hard to progress to faster, challenging fiddle tunes without some in-person classes.

Question: Can you teach yourself to play a classical violin?

Answer: No, you cannot. Even with a lot of time devoted to youtube lessons, teaching yourself anything but the simplest melodies is next to impossible. In addition, you might run some risks of hurting yourself and learning some bad habits that are difficult to get rid of in the future. Online classes can move you beyond that, but not a whole lot. If the goal is to reach an intermediate classical violin playing and beyond, you need private violin lessons.

Both fiddling and violin playing can bring a lot of joy to the players and the listeners. It is easier to learn to fiddle than to play the classical violin: within months of practice, your friends would enjoy your playing! However, the music selection for classical violin is much broader than for a fiddle. After a few weeks of learning, a well-trained classical violinist can pick up any fiddling song or two. The other way around does not work that well: even an outstanding fiddler without classical violin training can play only very few classical melodies passably.